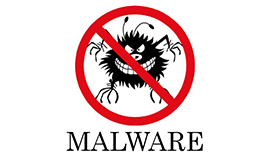 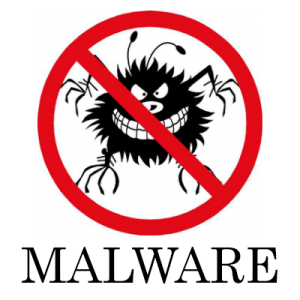 Malware is short for malicious software.

To know what can threaten your data, you should be aware of what malicious programs are and how they function.  Malware can be subdivided in the following types:

Viruses: Programs that infect other programs by adding malicious code to gain access to a file at start up. This simple definition explains the main action of a virus – to infect.

Worms: This type of malware uses network resources for spreading. Worms are so called because of their peculiar feature to “creep” from computer to computer using networks, email, and other communication channels.

A worm will intrude your computer, calculate network addresses of other computers, and send itself to the addresses. Besides network addresses, the data and contents of a user’s mail client’s address book is used to spread the worm. Representatives of this Malware type sometimes create working files on system discs, but may not deploy computer resources (except the operating memory).

Trojans: Programs that execute on infected computers using unauthorized user actions; i.e. Trojans may delete information on hard disks, make the computer freeze, steal personal information, encrypt files, etc.. This type of malware is not a virus in the traditional sense(i.e. does not infect other programs or data). Trojans cannot intrude the PC by themselves and are spread by violators as “useful” and necessary software such as a driver or program update. Harm caused by Trojans is typically higher than of traditional virus attacks.

Spyware: Software that collects data about a specific user or organization without them being aware of it. You may not even realize spyware is on your computer. The aim of most spyware is to:

Phishing: A mail delivery whose aim is to get from the user confidential financial information as a rule. Phishing is a form of a social engineering, characterized by attempts to fraudulently acquire sensitive information, such as passwords and credit card details, by masquerading as a trustworthy person or business in an apparently official electronic communication, such as an email or an instant message. The messages contain link to a deliberately false site where user is asked to enter number of his/her credit card and other confidential information.

Adware: program code embedded to the software without user being aware of it to show advertising. Most adware is embedded in the software that is distributed free. Adware often gathers and transfer to its distributor personal information of the user.

Riskware: this software is not a virus, but contains a potential threat. By some conditions, the presence of riskware on your computer puts your data at risk. Riskware refers to utilities of remote administration. These programs often use dial up connections and while some connect with pay-per-minute Internet sites.

Jokes: software that does not harm your computer but will display messages that say harm has already been caused, or some sort of damage is going to be caused based on certain conditions. This software often warns user abouta  nonexisting danger, e.g. display messages about hard disk formatting (though no formatting is really happening), detecting viruses in files not infected, and etc.

Rootkit: these are utilities used to conceal malicious activity. They disguise Malware, to prevent from being detected by the antivirus applications. Rootkits can also modify operating system on the computer and substitute its main functions to disguise its presence and actions that violator makes on the infected computer. Rootkits are often hard to detect and even harder to remove.

Other Malware: different programs have been developed to create other Malware, organize DoS-attacks on remote servers, intrude on other computers, etc. Hack Tools, virus constructors, and others refer to such programs.

Spam: anonymous,  undesirable mail correspondence. Spam can be email  in the form of political and propaganda delivery or email that asks to help somebody. Another category of spam are messages suggesting you to cash a great sum of money, inviting you to financial pyramids, email that steals passwords and credit card numbers usually through phishing, messages suggesting to send them to your friends (messages of happiness),  and etc.. Spam increases the load on email servers and increases the risk of losing information that is important for the user to criminals.

If you suspect that your computer is infected with Malware, Jackson Technology Services recommends you:

Purchase Malwarebytes and run a scan.

Or simply bring your computer to us and we can remove any Malware from an infected computer.